Initially, the only requirement for my pattern making final was a packed layout in two colors.  I was very excited because when I doodle, I often fit the elements together just so and this assignment was right up my alley.  A week or so later, however, the instructor changed her mind and decreed that the print must be autobiographical in some way.  I was crestfallen.  I didn’t want to talk about myself, I am myself!  Why should I have to explain anything to others?

Reluctantly, I started thinking about what it is that makes me “Claire”.  At first, I was so stubborn, I was going to just draw what I had planned on drawing and assert that, as a contrarian, it was autobiographical.  But then, slowly but surely, I began to remember moments.  I would pick out specific objects from various memories and draw them.  Some of these memories hadn’t been accessed in so long, they startled me when I could recall them with such clarity.  Inside jokes, old past times, so many things packed into just a couple of decades!

The tile I came up with looked like this: 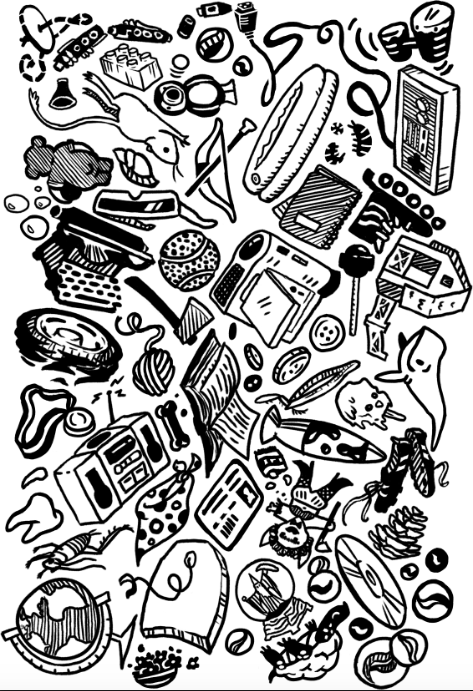 Which would have created this pattern: 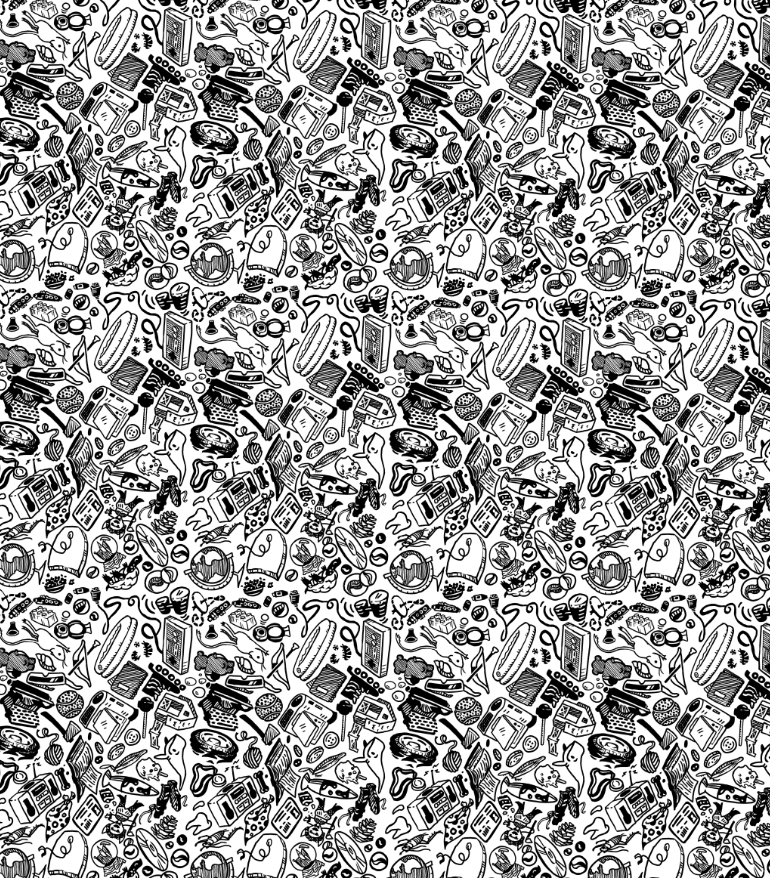 Unfortunately, the photo emulsion was too gloppy and was unable to capture such fine lines, and I had to rework the pattern.  Because everything had to be bigger, I was forced to choose fewer elements.  The print turned out great, and in hindsight, I think the first one would have been too busy.

See if you can spot the repeat! 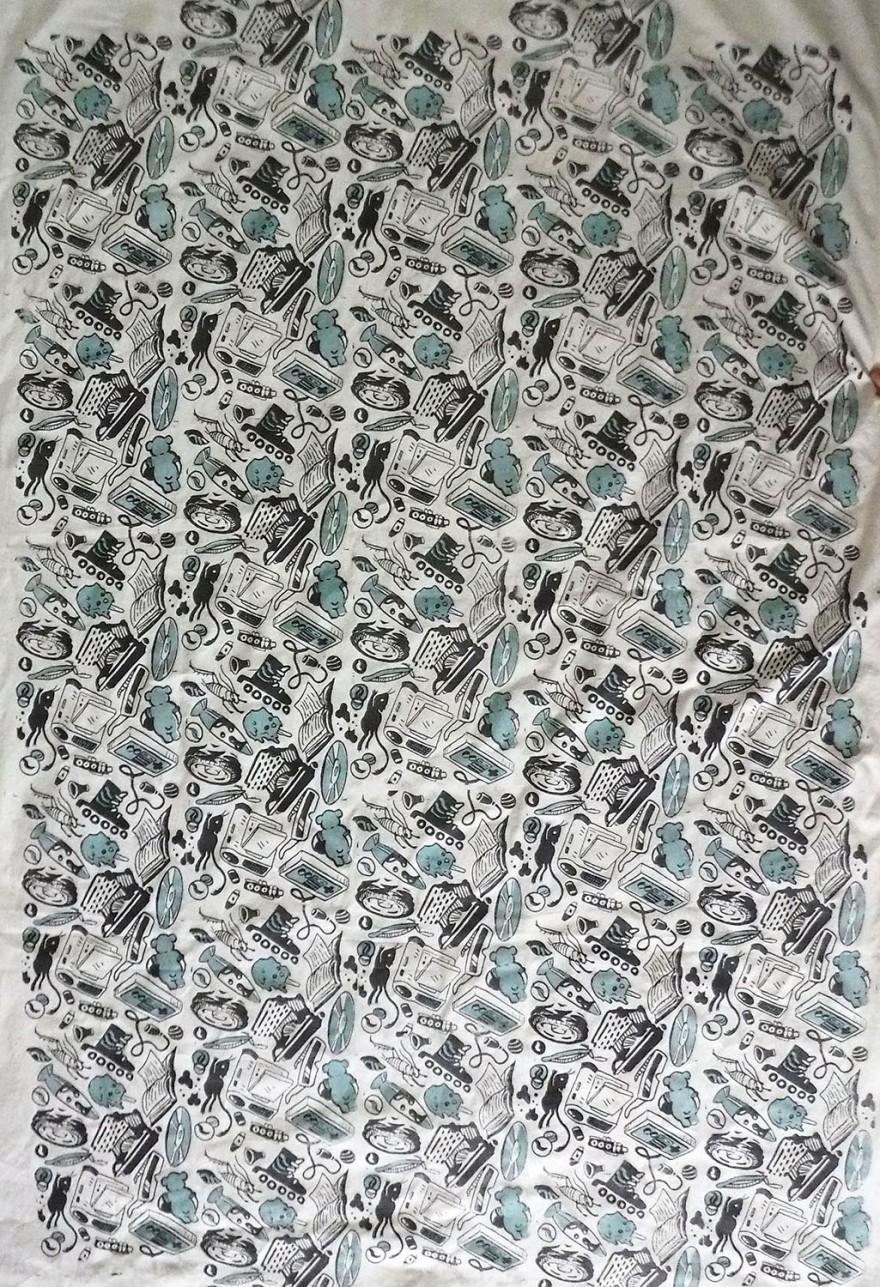 This site uses Akismet to reduce spam. Learn how your comment data is processed.

The kids have had their pictures taken and are ready to trick-or-treat! Join their night and call the shots at opal.artfularmadillo.com. Have you played yet?⁠
Trick-or-treating with friends on October's #KidLitArtPostcard 🎃 Have you been down this branch yet? Open the game in your browser for best results (not directly from Insta!)⁠
This is Miles. He is terse, sarcastic, and intentionally rude. Always wants to be the edgiest one in the room. Not necessarily a gem underneath the rough exterior, but probably not as bad as he wishes he was. Despite all of this, he would never rat you out.